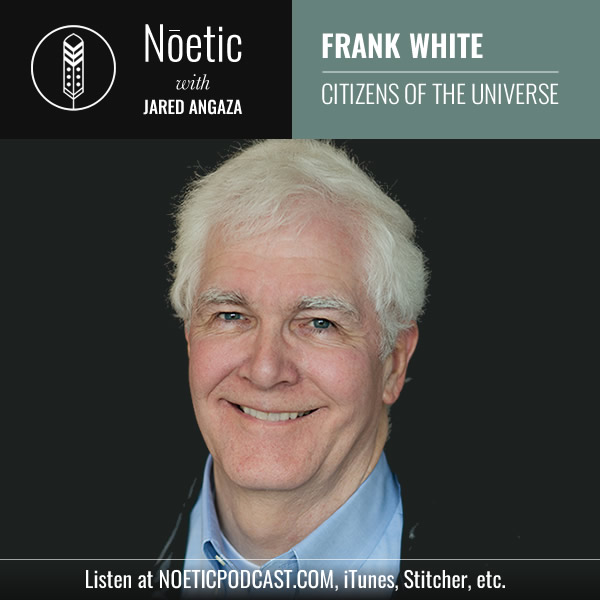 Frank White is a Space Philosopher, author, and Instructor at the Harvard Extension School. He published the first edition of The Overview Effect in 1987 and I read it about a decade ago. Years later, a short documentary was created, called Overview, to articulate the essence of the book. A few years later they created a full documentary, called Planetary that expanded on the nature and opportunity of the Overview Effect.
That book and two films have influenced me profoundly. Frank’s “language” is part of the fabric of my being at this point. That body of work played a major role in inspiring me to create this podcast a few years ago.
In late 2016, I contacted Frank through the Harvard website, just to express my gratitude for his influence in my life. A few months later, he responded and said we should chat sometime. We did, and we’ve had a beautiful relationship since. We talk once or twice a month and I’m so grateful to have a friendship like this with one of my heroes.
I love Frank’s perspective and his approach to life. His thoughts on us being “citizens of the universe on Spaceship Earth” provide a beautiful investment in our perspective of our place in the universe. He’s helping to create a holistic “space philosophy” so we don’t repeat mistakes we’ve made in past explorations in ways like Columbus and other explorers did. With hindsight from that, we can now be more intentional.
I hope you enjoy this heart-open, humanity soaked conversation with Frank White. He’s a true hero with a philosophy that can help us come back into alignment with one another, and our cosmos. Enjoy!

I send out brief notes a few times per month, designed to inspire and equip you to live a more harmonious and integrated life. Come join me on the journey!

Check the Archives to see past updates.

For many years now, I've been keeping a list of organizations, media, and individuals that have informed and inspired me on my red road journey. These Documentaries, Films, Organizations, Books, and Gurus have played a tremendous role in forming my perspective, and ultimately, they lead to me creating this podcast. Enjoy, and share!