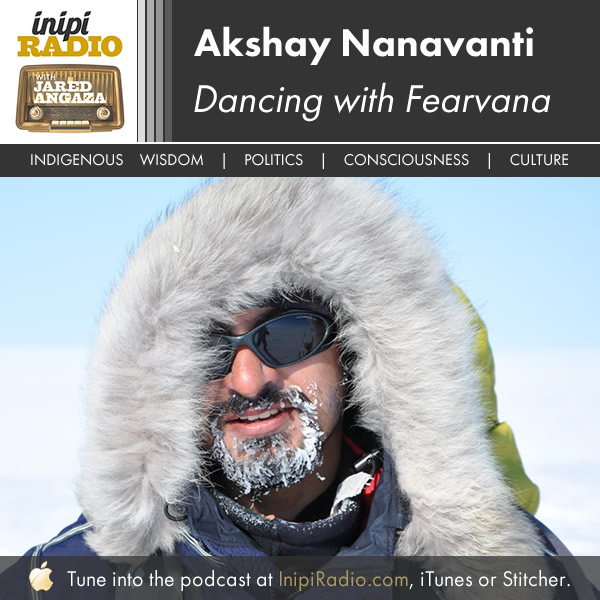 Upon overcoming drug addiction, a diagnosis of PTSD from fighting the war in Iraq, and a battle with alcohol that pushed him to the brink of suicide, he then dedicated his life to mastering the forces that drive human behavior.

From exploring the most hostile environments on the planet, pushing his mind and body to their limits, and healing his brain through years of studying neuroscience and psychology, the most valuable lesson he learned was that if we don't seek out a worthy struggle, struggle will find us anyway.

Fearvana is the bliss that results from engaging our fears to pursue our own worthy struggle.

He uses the proceeds from his work to fund his nonprofit, the Fearvana Foundation. It’s the change-making arm of his lifelong mission to run across every country in the world to create enduring peace, one community at a time.

Akshay Nanavanti is an explorer of what it is to be human, to be fully alive. This discussion challenged me to reanalyze how I perceive the concepts of fear and love. Akshay doesn’t see them as opposing forces at all. He actually views them as being complimentary. He notes that when fear is felt, oxytocin is created in the blood, which is the “love hormone”. And that oxytocin allows you to rise above the fear, to be love. Whoa!

Akshay believes that fear and love must come together for us to come fully alive. “When you push those lines of the human potential within yourself, you start to see that connection within us. When you explore your own potential, you see yourself in others, and others in you.”

When you push those lines of the human potential within yourself, you start to see that connection within us. When you explore your own potential, you see yourself in others, and others in you.

FROM PTSD TO “FEARVANA”: AKSHAY NANAVATI’S QUEST TO RUN ACROSS EVERY COUNTRY

(CNN) Ex-Marine plans to beat PTSD by trekking every country